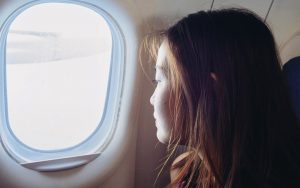 Over decades, news and movies have convinced us that plane crashes are unsurvivable. However, that is not always the case, as the survival rate of crashes is found out to be as high as 95.7% in a study conducted by the National Transportation Safety Board. With the right knowledge, you can easily survive a plane crash in case you get involved in one.

Here are some tips that can help you survive a plane crash.

Get Out in 90 Seconds

Unlike most people believe, the impact of a crash is not what kills most passengers. The fire brings most mortality cases in the plane that ignites after it crashes. If you survived the impact of the crash, you have a good chance of surviving if you get away from the aircraft in 90 seconds.

People tend to think they are already safe once they survive the crash. They often forget that there might be other dangers such as the fire burning the aluminum fuselage, consuming everything. Most people think it would take around 30 minutes for the light to consume everything, making them complacent. At best, you only have 90 seconds, so you have to move fast.

Most people believe the myth that the safest place in a plane is towards the rear end. However, this is entirely untrue because there are many types of crashes. Many crashes occur nose-first, but there are cases when crashes occur in the tailor the wings of the plane. It would be hard to predict what kind of case you will be involved in.

Instead of picking a seat near the rear end, it would be safer to choose a place near an exit. On average, you have a good chance of surviving if you are seated five rows away from the nearest exit.  If you can’t book a seat near the door, you can try for an aisle seat. This will give you better chances of surviving than being seated in the window seat.

As ridiculous as it may sound, curling up into a ball can help you survive. Several studies support that assuming a brace position will help you reduce the velocity of your head as it hits the seat in front of you. Such situations also minimize your limbs from flailing.

You also have to make sure that your seatbelt is secured, as it can withstand around 3,000 pounds of force. Without your belt, your body won’t be able to handle the impact, making you pass out.

Being in a plane crash emergency might be unfortunate, but there is something you can do to survive. If you are a survivor, the next thing to do is make sure that you are protected. Contact plane crash lawyers that can help you out as soon as you can.